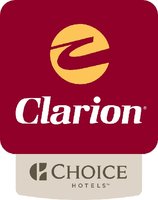 Guests will enjoy a relaxing night’s stay at our hotel near Oakland Alameda Coliseum before attending a sporting event or a concert! Less than 15 minutes away from the hotel, guests can enjoy quick and easy access to the Coliseum throughout their stay in our charming Oakland hotel.

Originally built in 1966, the multi-purpose venue is the only stadium in the United States that hosts both professional baseball and football games. Home to both the Oakland Athletics of Major League Baseball and the Oakland Raiders of the National Football League, the Coliseum is regarded as one of the smallest NFL stadiums, while simultaneously acting as one of the largest MLB stadiums.

In addition to the numerous games played at the Coliseum throughout the season, the sporting facility acts as a major concert venue, drawing in top acts like Led Zeppelin, U2, and Oasis, while also hosting Amnesty International’s Human Rights Now! Benefit Concert which featured acts like Bruce Springsteen and more.

Visit their event calendar to plan your visit to the stadium!